Let’s talk Netflix’s Emily in Paris vs. Reality. The show was #2 on Netflix’s most popular list this past weekend.

So, is the show a giant cliché? Or are there truths sprinkled or poured into the show?

I binged watched Netflix’s Emily in Paris in two nights. Then, I binged again, re-watching the brand new, first season with my teens.

OMG. Pinch me. I’m an American in France, watching Netflix’s Emily in Paris. In France. Did I mention that already?

Netflix’s Emily in Paris vs. Reality

Since the debut of Emily in Paris (from the creator of Sex in the City) on October 2, 2020… or would that be 2 Octobre 2020 😉 , social media has gone wild talking about French life and whether Emily in Paris reflects reality of American Life in France.

So, let’s get onto it–Netflix’s Emily in Paris vs. Reality…

After spending big blocks of time in France before making a major leap to creating a life and business in France, negotiating the visa process, and nearly two years of French paperwork (French love their paper!), I’d like to think that I have at least an A1 level of French life experience that qualifies me to chat about the reality of Emily in Paris. 😉

Does the new Netflix Hit Emily in Paris reflect Reality?

Overgeneralizing can get you into hot water. At the very least making broad, sweeping, absolute conclusions about something or someone–or a place…or an entire country or an entire culture…can be inaccurate, flat out wrong, or totally impact our ability to see reality.

Sure, Emily in Paris (over)generalizes and stereotypes. Contrary to the show, not all Parisians are mean to Americans or non-French speakers. Although, like anywhere, mean, snobby, rude, annoying, and judgy people exist.

In my many days and weeks in Paris, I can only think of one instance of someone being outright rude. That was a shop owner who scolded my kids for reaching out to touch something on a shelf. French have rules and, at times, very specific expectations.

In my experience (in Paris and in other parts of France), I’ve discovered that French people are for the most part welcoming and kind. This seems to be so especially when you make the effort to speak the language and respect basic courtesies. Like saying, “Bonjour, Madame or Monsieur” when you walk into a store and goodbye when you leave.

Of course, I think many expats and people new to France agree that there are parts of France that are more welcoming than others. And I think there are those who would agree that Paris is not necessarily representative of France as a whole.

Quite honestly, I think the American lens can get into the way of understanding the French at times and (mis)interpreting their behavior. Trying to look at things from a French perspective can really help to make sense of French life and the French way.

But there are also some pretty fairly accurate things portrayed in the show.

For example, French don’t do work early. In fact, they don’t do a lot of times during the day (like 12-2pm) or weekends, especially not Sundays–and especially outside of big tourist areas.

As an American or someone from another part of the world where business opens early and stays open, this can be a big adjustment pill to swallow.

In my experience, France is behind, like w-a-y behind when it comes to technology, social media, and the Internet. Emily’s social media loving, share everything, and outgoing American nature is not the French norm (at least in my experience).

Instead, French are still into paper. Gosh, French love their paperwork. Even doctors hand out paper prescriptions, rather than doing electronic pharmacy transfers. At a recent trip to the hospital, I discovered the nurses use paper to make a record of the visit rather than laptops. Paper is still so in vogue and preferred over technology in France, that even trying to cancel a cell phone contract requires mailing in a registered letter (at least to one provider)–nope, no online cancellation.

Naturally, it seems the French love the mail, too. Sometimes I think La Poste is the happening spot.

The Telephone in France

Oh, and the French love talking on the telephone (no, not in public on their cell phones), but for making appointments, for talking to businesses and government departments, for making reservations, for most everything. Forget about booking a doctor’s appointment via email or webform. Most doctors offices don’t even have websites. What?!?! I thought that’s what the Internet is for??!??!

So, yes, if it seems there’s a lot of office time on phones, that seems to mesh with reality. When Emily needs to use the phone to make a reservation, yep, that’s also pretty much reality. There aren’t apps or websites yet, at least not in many places, especially outside of big cities.

But then…just wait for it…comes the irony… the French love sending casual text messages to let you know of major news … like “hey, your carte de sejour” (residence permit) is ready for you… or “hey, we’re about to send you your driver’s license in the mail.”

Yet, get this… as Emily’s colleague points out, the French do crush the art of being social. French love to get together to eat, drink wine, eat cheese, and talk politics. I often see them going for lunch in groups. They love to sip coffee, chat, and smoke (or vape!) at adorable cafes.

And they talk. As in talk-talk without their eyes fixated on screens. So, you guessed it… it’s pretty easy to play spot the tourist or American when phones are out.

Even French teens spend a lot of time talking to each other, in person.

As for social media, in my experience, I think the reality is that France is behind. Sure, teens have phones and many have social media profiles, like on Instagram (so my teens tell me). But it’s not super common to see teens obsessively on their phones or taking selfies out in public, like it is in the USA. In fact, I often tell my kids to put their phones away when we’re out because it seems like they are looking too obviously un-French.

And, as far as businesses on social media… well, let’s say, there’s a market need for that and Emily is on to it.

When it comes to male attention and relationships, well…I think there’s some reality here. French men are smooth. A smile alone from a woman can often result in attention–wanted or unwanted.

But rampant affairs and relationship drama, my French needs to improve more so I can pick up on that sort of gossip. Yet I do know, French seem much more content in their own skin and conversation when it comes to sexuality and openness. To me, this is refreshing and makes life more authentic.

That French men generally take fashion and smelling good seriously… yep, I vote reality on that one.

Oh, and when it comes to women’s fashion… Let’s just say, the French crush it. Even in the mountains, you’ll find beautifully dressed women. Fashion is an art and a pleasure.

The Reality of (Paris) French Food

And food…. well, French food is yummy, if not generally amazing. However, the idea that all French think American food is disgusting is off the mark. If you drive by a McDonald’s on a Sunday (when many restaurants are closed in France, at least outside Paris), you’ll discover a completely jammed parking lot… like nothing I’ve ever seen before at home in the USA. And… Burger King is a thing too.

Also, a little FYI… fries in France are served a lot. With omelets. And with nice dishes. And higher end meat dishes. With burgers. In a nutshell, fries are popular. You don’t have to go to a special American restaurant for them. Even better, French serve fries with ketchup and mayo. Yum.

The Reality of Waistlines

I’m not so sure it’s reality that women ditch lunch for cigarettes in France, but generally speaking French women do tend to be trimmer than American women. And they look beautiful in French fashion designed to flatter their generally smaller waistlines.

However, the reality of French life is that life in France generally involves lots of walking, bike riding (including lots of walking paths, trails, and bike lanes), far less fast food or processed food, and meals of fresh ingredients and salads, probably has much to do with why French women look the way they do.

And Netflix’s Emily in Paris Memes…

Emily in Paris memes are going wild online. Some memes suggest that Emily’s reality is spot on. Others insinuate inaccuracies with the show’s depiction of Parisian life. Still others highlight the gaps the show misses.

Though one thing is for sure: some of the memes are really funny. You can find some hilarious ones at Expatriates Magazine. If you’ve spent time living in France, live in France, or dream about France, you might just LOL.

If you have the opportunity of a lifetime to live in France, I hope you take it. Emily definitely made a good call on that one. La vie à la française est magnifique.

Hey, if you liked this Create a Life Like Emily in Paris post, please consider sharing the love! For example, tweet it. Pin it. Or, of course, share it with your friends and followers! I truly appreciate it.

Related Posts You May LOVE

7 Ways You Can Live or Move Abroad

Netlfix’s Emily in Paris: Does it Reflect the Reality of Life in France?

What is a Digital Nomad? 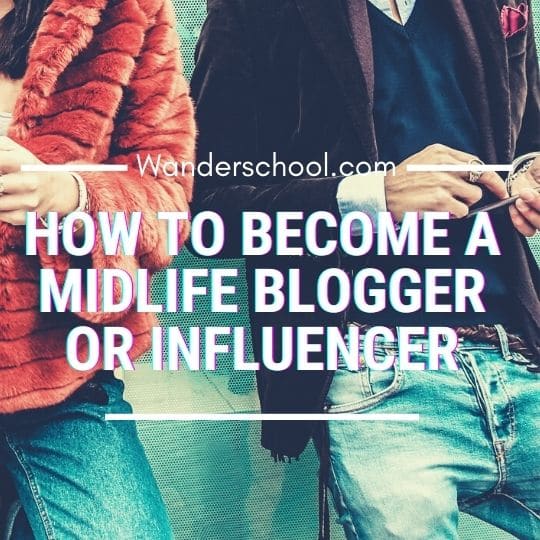