How You, Your Teen, or Your Homeschooler Can Study or Go to University in France

I’ve spent a lot of time lately researching how my teenagers can gain admission to university in France. My oldest teen is currently taking university classes in the United States, however, she wants to explore her degree granting options in Europe.

First, off, that pesky little language thing. While I am no expert, my research does consistently point to the need for demonstrated French language proficiency to gain entrance into universities in France. The French are big into diplomas and certificates for just about everything.

So, if you, your teen, or your homeschooler is already a French speaking pro. Cross the language hurdle off your list.

However, if French skills are lacking, you have options. Beyond the obvious, yet complicated, option of packing everything up and relocating to France (or another French speaking region, such as Quebec, Canada), you can consider language schools, American school/university exchanges, work exchanges, or trying to gain university admission that will grant admission, but require preparatory courses before beginning credited course work.

To demonstrate French skills, you or your student will like have to prove language skills by way of DELP or DALF diplomas. From my research, these diplomas are awarded by the French Ministry of Education. Language schools or self-study guides can prepare you for the tests.

If you make your way to France, there are language schools that offer weekly classes for beginners, as well as many teachers offering private lessons. A few years ago, when I spent a month in Paris with my children, they attended language school for one week; I probably would have enrolled them for a longer period of time, however, I wanted to spend time exploring the city with them!

Non-French residents, such as American students, can find schools, programs, entry requirements, visa information, and apply for those programs in France through Campus France. My research suggests that students who already have degrees or are beyond their first year of post high-school studies can contact and apply to schools directly.

Recently, I met a California woman in Nantes, France, who was working on her Master’s Degree at the local university. She explained that admission itself was straightforward, but that there was a lot of paperwork to do. Lots and lots of paperwork is so very French. She explained that when she arrived she had zero French language skills, but she was required to enroll in the university’s French as a foreign language courses before she could proceed with fulfilling the requirements of her degree.

When you are researching French schools, don’t be surprised when you see the term ‘License’ which is used to describe the Bachelor level of studies in France. Master and doctoral level degrees are also available to pursue, and they seem to use familiar naming conventions that most Americans are likely to understand.

Cost of Higher Education in France

The significantly lower cost of higher education in France is likely worth the time and effort that might be required of taking French classes, passing any language proficiency tests, or going further in university studies. Non EU-students, while they have to pay differentiated registration fees, still pay a much lower price tag for university education than that in the US, thanks to French government tuition subsidies.

Homeschooling is a legal and acceptable, although still uncommon, way to complete education requirements in France. Accordingly, it’s my understanding that there is a route for French homeschoolers to attend university (typically, they have to satisfy tests), so it stands to reason that homeschoolers from outside France who can satisfy requirements (e.g., diploma, transcripts of their home place or satisfy tests) should also be eligible for admission. In the coming months, my family may go down this route, and if so, I’ll write an update.

If your homeschooler has gained admission to a French university, please leave a comment below! I would love to hear about your experiences, as I’m sure my readers would also appreciate learning about them.

Give Yourself Permission to Travel, Even if It Means Going Solo

Are These 7 Fears Stopping You From Traveling with Children? 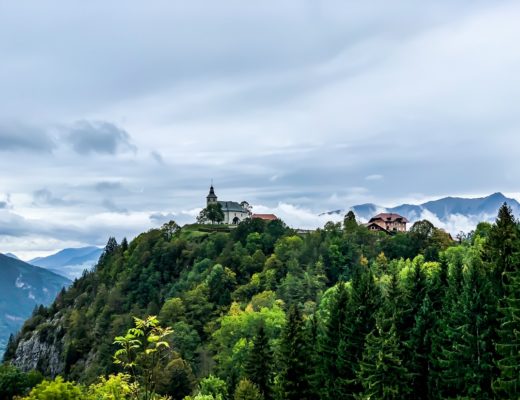 13 Things The French Do That Will Blow Your Mind

Bonjour Sunday. Flowers and coffee. . What would y

...Dreaming of window boxes covered in snow, in sl